The Violence of Participation 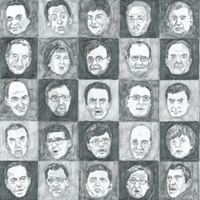 Drawings contributed to the Publication edited by Markus Miessen in parallel with the Biennale de Lyon. 2007. 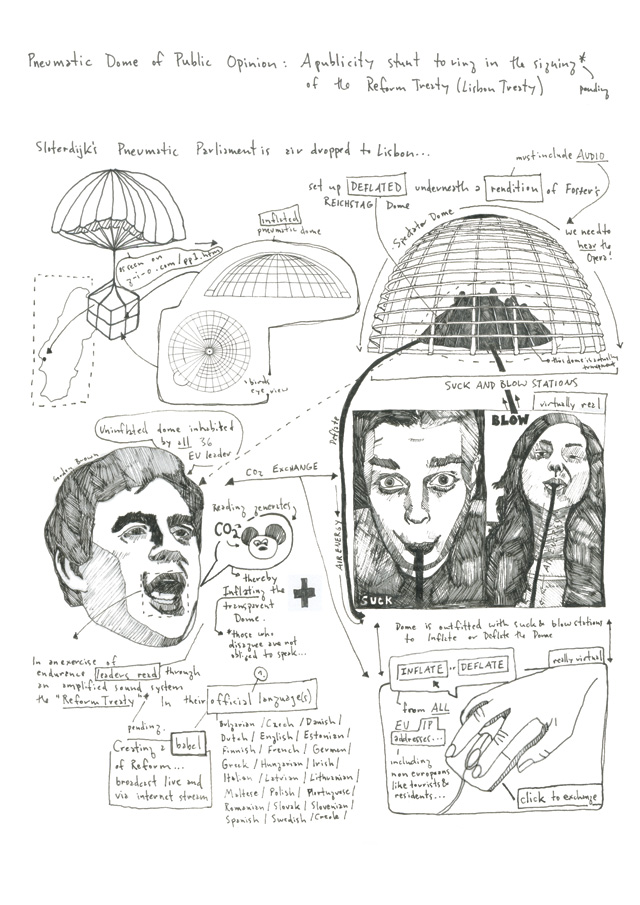 Pneumatic Dome of Public Opinion: A Publicity stunt to ring in the signing of the Reform Treaty (Lisbon Treaty) (***note this treaty has not been signed), Patricia Reed. 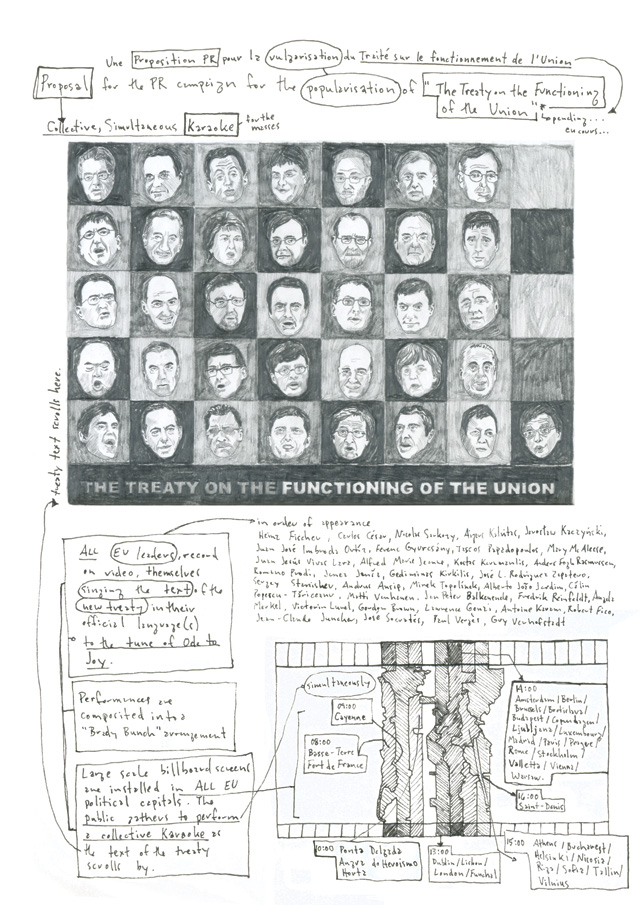 Proposal for the PR campaign for the popularization of the Treaty on the Functioning of the Union, Patricia Reed.