Bratton's "Stack" forces us two confront at least two important challenges simultaneously in order for it to become politically actionable. Firstly, The Stack demands we gain cognitive traction on its 'objecthood' in order to more adequately model planetary computational reality (a Scientific Image); and secondly, that we learn to integrate the Copernican trauma it urges upon us humans (our Manifest Image or human self-image). This talk argues for a necessary stereoscopy between the two poles, emphasizing the interface as a crucial 'layer' for epistopolitical intervention. The New Normal Website 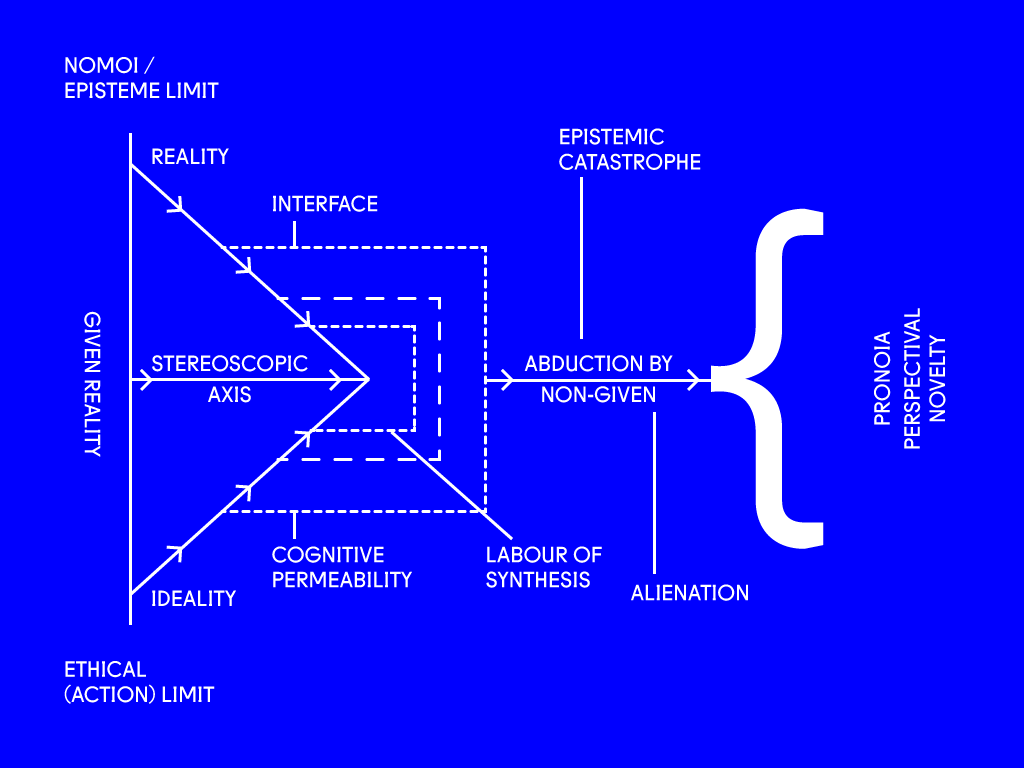