Cyprus as I Read It

A text produced for a failed Tourist Guide based on ‘artistic tourism’ to the island of Cyprus
An existing text from Sir Samuel Baker was written in 1879, one year after British takeover of the Island, which assessed the islands’ ‘value’ for the British Empire. I intervened and re-wrote the text which referenced the same places we had both traveled too, Sir Samuel’s contributions in pink – the conventional colour on British maps to denote colonial territories 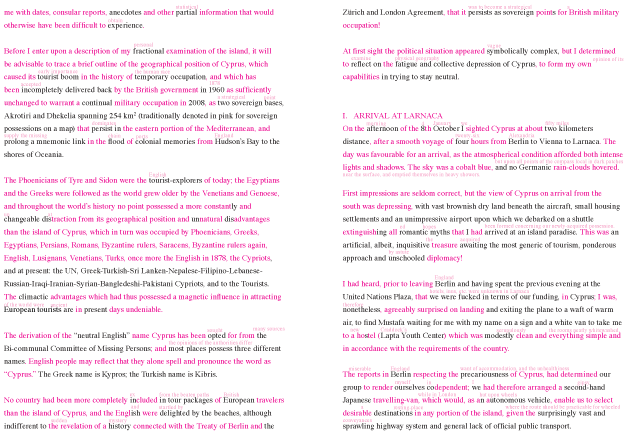