The Lemonade is Weak Like Your Soul… Hadley+Maxwell in Review 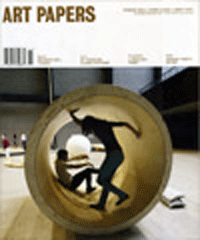 With a definitive nod to Friedrich Schiller, the latest solo exhibition from Hadley+Maxwell, “The lemonade is weak, like your soul “, presents a vast and diverse body of work unfolding across eight interconnected rooms of the Kunstverein Göttingen. The exhibition posits a heterogeneous collection of works, ranging from drawings, moving-image, prints, sound, painting, installation and sculpture, into a demanding conceptual agglomeration for the viewer. The scope of the works reflect on aesthetical/political tensions as they are played out through the historical construction of taste, alluding to the possibility of subjective emancipation via aesthetic judgement, as was so poignantly articulated in Schiller’s ‘On the Aesthetic Education of Man’ (1794).
The philosophically rigorous undertones of the exhibition are offset by the playfulness of the works themselves, providing an opening up of thought, rather than a closure of meaning on the part of the duo. We are greeted to the exhibition by a life-size, sternly dressed woman in split-screen projection, sculpturally installed on a vertical block in the central room. In ‘Ritual for an Untimely Life’, the woman re-enacts a flight attendants’ ‘safety dance’ at a tai-chi pace, where the coldness of her concentrated gaze is contrasted by the absurdity of her rock-n-roll surroundings – a latent band rehearsal space, complete with red/magenta stage lighting. The space of rehearsal mingled with the meditative rhythm of the woman’s movements provide an apt metaphor for the exhibition as a whole: one which vacillates between a ‘hand-horn’ raising letting-go of creativity in an ethos of improvisation and a quiet, composed position of reflection. The duos’ palpable dialogue into the thinking of making and making as thinking is a generous gesture of hospitality towards the viewer, inviting us to play alongside the artists in the creation of our own sense-making.

The first side room introduces us to a repeating figure of the show – the headbanger. The gestures of rocking-out are delicately pencil-sketched in a series of small drawings (Headbanger Grotesques) and are immersed in 4-channel sound installation (O Friends, there are no Friends) – where a lone guitar player distorts his sound trying to replicate the ‘dialect’ of recorded farm animals out at pasture. The futility of the musically communicative act on the part of the guitar player is mirrored by the isolation of the headbanging figure, whose flowing hair always ends in perfect, curly-cue, forms – reminiscent of the ornamental tropes on pieces of modified Classical furniture on view further on in the show. In the adjoining room, an altered antique desk is raised on an angled platform. In A Desk will be a Desk, 2009, the Classical object gradually morphs into its Modern reduced form, as adornment is gradually sanded and sawed away until perfect corners and straight legs emerge on the other half. The work lays bare the relation between the Modern sense of taste and its Classical counterpart, carving the “no form without function” mantra out of the antique piece’s extraneous features revealing a style whose sole will is function alone.

A similar reconstructive interplay of sculptural forms is on view in The chorus, like the jury, draws its voice from the thickness of the air, 2009, a room across the central space. Here, a drawer of an antique commode has been replaced by its Bauhaus equivalent. The elongated replacement drawer is filled with 12 different second-hand radios, all of which are tuned to random stations – producing a cacophony of static infused pop-music, talk radio and opera. In quiet contrast, the single-channel video projection Baroque, Baroque (for Lady Milford), 2009, the cleverest work in the exhibition, features a decorative gold-framed and ornately shaped mirror illuminated from a beaming projector at waist level on a tripod. The mirror reflects an image of itself on the facing wall, with the reflected version displaying a centrally-framed camera. The perceived “double” projection sets up a self-contained feedback loop wherein production and display reveal a cyclical apparatus. The phantom-like reflection of the “ghost” mirror is formally taken up in I, 2009, another single-channel video installation, where an animated cast shadow of a head-banger is projected as a dancing spectre against a background of colorfully interfering stage lighting. I is theatrically installed in a darkened room where the back wall has been flooded with actual stage-lighting, producing a scrim-like blending effect: the dancing figure, as such, appears to perform live in an uncanny, trompe l’oeil set-up.

Ultimately, the flow of concepts and the playful entanglement of thought in this exhibition renders the isolated description of single works an admittedly, reductive exercise, done solely to paint a visual image in the reader’s mind. In the end, theirs is a simultaneous practice of “art plus curatorship”-where sense- making resides in the imbroglio of connections and the disjuncture of abutments present in the collection of works. Like the “+” nestled between their singular names, Hadley+Maxwell confront us with a summative practice whose scope is best understood by way of a compounded experience of works that both require and lend support to one another-not this and that, but rather, this plus that.