The Politics of ‘I Can…’ 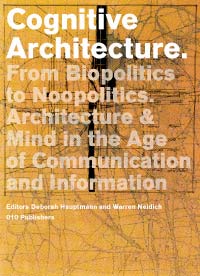 The an-archic presupposition of equality that underlies the sphere of ‘actualized’ unequal, social structuration, rests on the shared capacity for aisthesis of speech; that is, on the presupposition of the shared capacity to recognise a sonorous emission as speech, and not merely as a noise. As we have seen, the capacity to possess (hexis) and deliver a speech act, and have it understood as such, is wholly contingent on the given partitioning of the sensible order – possession of the logos of the speech act is socially contingent. The equality of the apprehension of the speech act is where one can locate the existence of potentiality in the sense elaborated upon by Agamben (via Aristotle) since it is precisely at this point where all human-animals can be understood as having the shared capacity of comprehension (without undergoing an alteration in acquiring ‘new knowledge’). The shared capacity of comprehension of speech acts, inclusive of the excluded ‘supplement’ of the parts-which-have-no-part is the shared existence of potentiality, the actualization of which is conditional on the given forms of life that govern the ‘inequal’ perceptible order. If, as Agamben has formulated, the existence of potentiality is the possibility of an ongoing negotiation with one’s capacity / incapacity in the face of actualization, what are the consequences in terms of the demonstration of dissensus, within a conception of the perceptible order? Seeing as the comprehension of speech acts as speech is the presupposed, ground of equality upon which hierarchies are built and upon which roles, places and identities are delineated, the demonstration of dissensus can be understood as taking shape in the articulation of an incapacity to understand such modalities of delineation. The enactment of mis-understanding; the demonstration of the capacity of one’s incapacity to understand, is an event of dissensus in which the conflict of sense and sense releases the orders of inequality from its ‘actual’ configuration, testing out the fundamental potentiality of an-archic equality. The enactment of the incapacity to ‘understand’ a specific distribution of sensibility is the demonstration of a wrong, the setting in motion of an interruption in the (ac)counting for social structuration – the wrong described here is a contestation of the sensible situation itself, where those who have no-part: “make themselves of some account, setting up a community by the fact of placing in common a wrong that is nothing more than this very confrontation, the contradiction of two worlds in a single world.”

Patricia Reed, "The Politics of I Can..." in Cognitive Architecture. From Biopolitics to NooPolitics, eds. D. Hauptmann and W. Neidich, Rotterdam: 010 Publishers.