A camera maps the contours of the entire world in a loop, moving along the path of all nation-state borders following the logic of the “traveling salesman” (the most efficient path so as to minimize repeating previously travelled routes). The geological territory it depicts while flying through the air and clouds (GeoTiff satellite imagery, whose quadrants have been transformed into a Dymaxion Map projection – a projection with the most continuity between Earth’s land masses), is utterly indifferent to the way the camera carves up space. 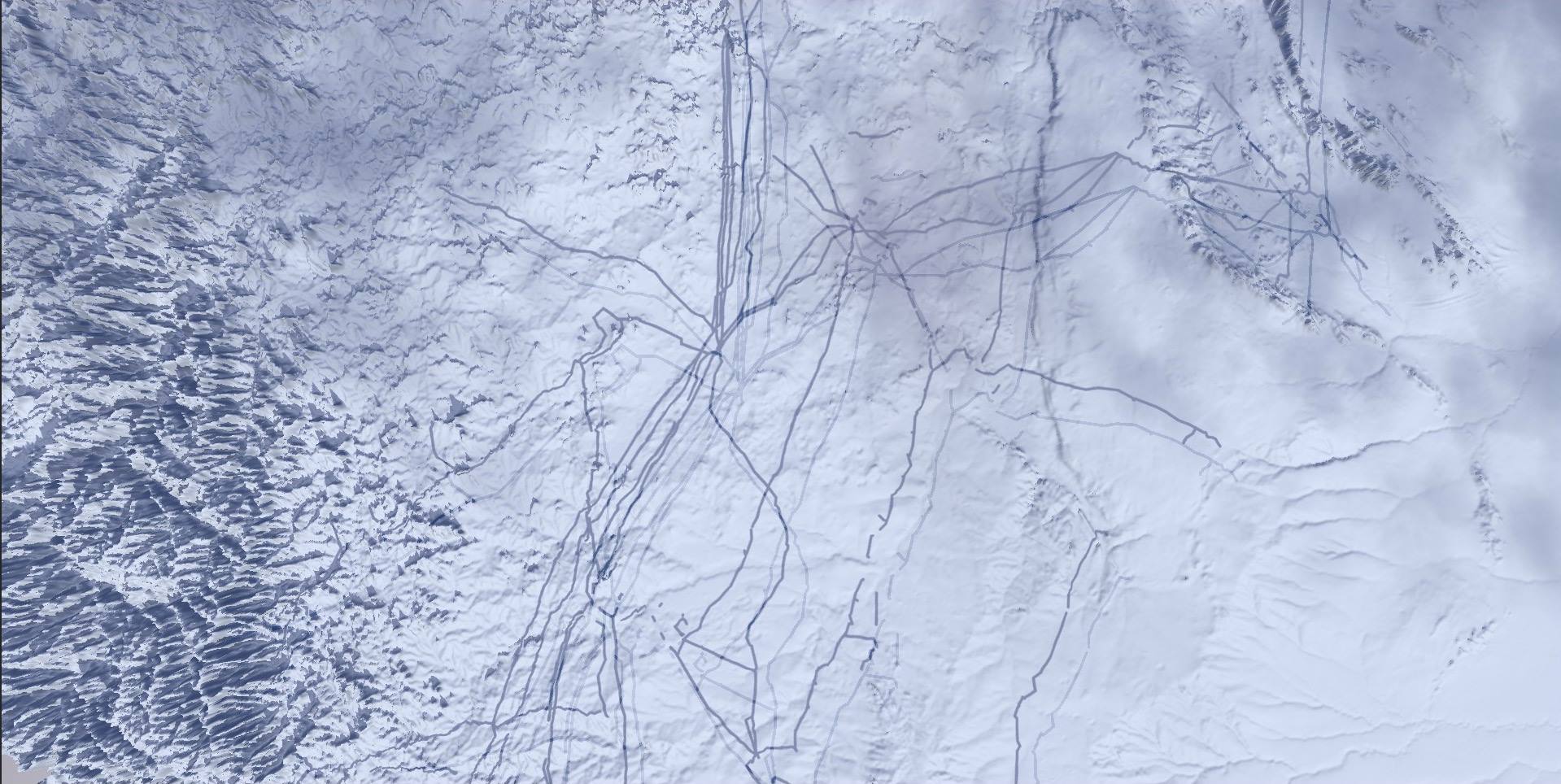 Supported by The Canada Council for the Arts