For a Nontrivial Art 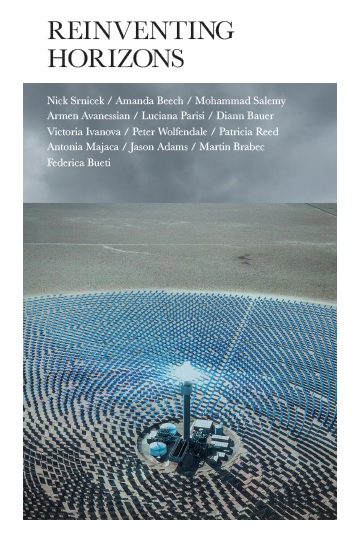 The historical updating[1] of this transformative demand is, without doubt, a gargantuan task – proving itself far more onerous considering we can no longer localise the ‘apparatus of production’ upon a singular site,[2] nor can we legitimately suggest that the mere ‘overcoming of contradiction’ is sufficient (we see far too much evidence within neoliberalism that contradictions seem to have am amplifying force, rather than the inverse). If we are to collectively embark on such a task (one that will exceed the output of an author, to reiterate this important point), what is firstly required is a robust grasp of the actual forces of production and value-creation at work in 21st Century life – in order to then work through the speculative prognostication as to how these forces could be operationalized otherwise. Our world is massively larger and more complex than our unaided sensory and cognitive abilities can currently cope with, provoking Alain Badiou to describe our time as one of organized disorientation.[3] Although sprawling networks of transport, communication, transactions, capital flows and movement are indeed organized and planned, all of their subsequent and compounded interactions cannot be mapped, leaving us in a state of cerebral resignation and without an intelligible foothold to begin reorienting us within its landscape. Rather than remaining entrenched in a condition of CA constrained by the imperative of ‘critico-phenomenological object-particulars’ (V. Ivanova), we require a new category of art that can functionally measure up to these realities. Disavowing our current historical ‘reality’ in favour of narratives that only privilege the immediacy of singular sensory experience, is similar, metaphorically speaking, as us suddenly saying that the world is (only) flat – simply because it appears to us that way and that fact alone possesses a truth value. And yet, before presenting this analogy as if it is a simple, progressivist negation against pure phenomenology, the real task lies in grasping how both apprehensions of reality are accurate, depending on the scale and position of perspective without devolving into trivial relativisms. On the one hand we have the real, concrete or local experience of a flat earth, and we have the equally real, abstract and planetary knowledge of a spherical form suspended in space (that most of us will only ever see as an image). The call for a more substantial updating of the condition for art requires not the negation of ‘phenomenological object-particulars’, but the operationalization of a movement between these two realities, where neither modes of describing the world on their own are sufficient–where we can only achieve a more accurate grasp on reality when we are able to synthesize the two. This concept can be readily mapped onto Wilfrid Sellars’ philosophical project of composing or constructing a stereoscopy between the two realities, between what he called The Manifest Image (the way humans imagine themselves in the world, and the agency built into first-person perspectives) and The Scientific Image (or how the aperspectival sciences empirically describe the world)–looking at how the two forms of world-making transit in and out of each other to co-construct reality.[4] What this call for stereoscopy entails is the recognition of the movement between the point (the concrete presence of an object that can be perceptible) and the field (or the abstract global knowledge-space co-constituting said object). If the updating of Benjamin’s call for transformative interventions within apparatuses of production is to have any sort of traction today, given the complicated, distributed processes of (often-times immaterial and/or affective) value-creation, it will be bound to our capacity to adapt our models of artistic practice to adequately ‘situate’ these local/global, concrete/abstract entanglements, if we are to then speculate on intervention upon their sets of functions.

[1] The call for an historical updating of the category of art, parallels to some degree the argumentation from Peter Osborne in his book Anywhere or Not at All, (New York: Verso, 2013), wherein he warns against an objective cynicism and the need for other historical genealogies for the field if an intellectual relevance is to be rehabilitated for contemporary art.
[2] See Metahaven, The Sprawl (Propaganda about Propaganda), 2015.
[3] Alain Badiou qtd.in Benjamin Noys, The Persistence of the Negative: A Critique of Contemporary Continental Theory, Edinburgh: Edinburgh University Press, 2010, 150.
[4] Wilfrid Sellars, “Philosophy and the Scientific Image of Man”, in Science, Perception, and Reality, ed. Robert Colodny, (Ridgeview: Humanities Press, 1963) 35-78.