Glitches in Orality and the Stakes of Semantics: A Conversation with Jodi Dean 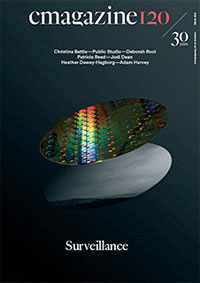 In your monograph Blog Theory: Feedback and Capture in the Circuits of Drive, you deploy the medium of the blog to address the general cultural condition set in motion as a result of our everyday participation in networked communications. The blog (although addressed directly as well) operates as a kind of cipher for the articulation of what you call “communicative capitalism”—the exploitation of communication as a circulating force, as an end in and for itself. Through a Lacanian lens, you identify this circulating movement of perpetual communication as drive, drive being that inhumanly human category of pleasure derived from endlessly repetitive, non-goal oriented actions. Drive, as you have written, attains satisfaction in always missing its mark. The state of communicative capitalism you have described, is largely characterized by a decline in symbolic efficiency, where there is no longer any Master signifier stabilizing meaning. Rather than enabling an emancipatory possibility of other modes of sense-making or of subjectification, as many enthusiasts have heralded, this absence of an anchor of meaning ultimately creates anxiety, insecurity, suspends identifications and generates new forms of subjection as a way to ease pressures of the imperative to enjoy.

I am quite sure you have received some backlash for this diagnosis, from those who champion blogging as citizen-journalism, or social media as helping to link peoples together for political congregation, or even with the example of the WikiLeaks platform to function as an archive and distribution channel of otherwise protected documents. How do you negotiate these critiques and the theorization of this cacophonous medium that in a lot of instances circulates banal videos of kittens playing iPads, but in some cases distributes secret documents revelatory of political malfeasance?

Jodi Dean in conversation with Patricia Reed, "Glitches in Orality and the Stakes of Semantics", C Magazine v.120, December 2013.