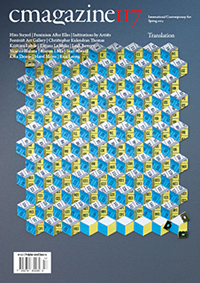 Contesting the modern obsession of decontaminating a reality of “mere” appearances to uncover authentic truths, the work of artist and writer Hito Steyerl delivers us into worlds where the offspring of fiction and fact plot out staccato-like narratives. Her practice redirects the essayistic documentary genre in our age of global mediatization – setting images, ideas, places and figures into alter-orbits of movement and intersection with one another. With attentiveness to the apparatuses that buttress our contemporary networked lives, her work is propelled by the interplay between the material and the immaterial and, more importantly, by the affective potentiality that emerges in their crossing. Mingling elements as diverse as the plight of the intern, an airplane junkyard in the Californian desert, Susan Boyle’s audition, a bondage photo search in Tokyo, the grey of Adorno’s lecture room, the JPEG algorithm and a homemade teenage kung-fu film, to name only a few, her work embodies the spirit of a specialist generalist, where no subject or source is superior to anything else, for it is in their complex imbroglio that all of these forces compose the logic (or illogic) of reality itself.

Patricia Reed (PR): I’d like to begin with the force of cross-pollination in your work. For me, this conjures up notions of the middle – the middle as a site where things meet. I recall reading an elaborate idea of the middle from Brian Massumi who noted that the “middle” (“milieu” in French) has a triple signification: surroundings, medium (like a chemical substance) and being in the midst.[1] The middle is a messy, entangled space of intersection, substance of conjunction, coupled with the concatenating power of the “and.” This complicated middle seems to me, the best place to start a discussion concerning the ethos underpinning your practice, as your works, texts and lectures present us with a rewoven tapestry of reality resulting from the crossing of seemingly distant or unrelated figures/things – you create spaces where they meet.