Orientation in a Big World: On the Necessity of Horizonless Perspectives 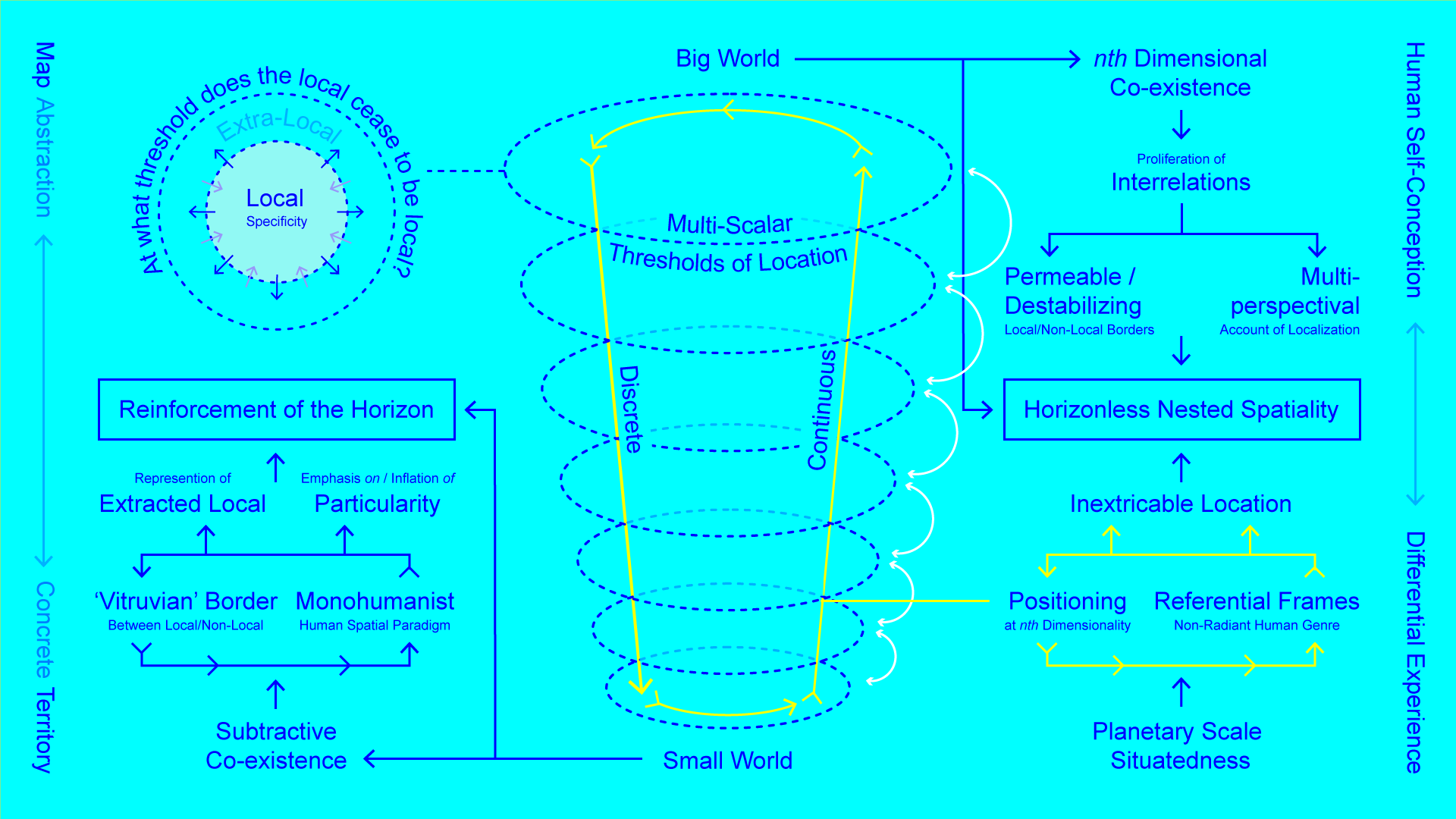 There are those who champion, or who actively seek to amplify, the navigational turbulence produced by this decentered human position at the planetary scale, making for an urgent battle over claims on orientation. Such tendencies thrive among several techno-neoreactionaries, who, in denying absolutely any form of planetary navigability from a resituated human position, ultimately advocate for the stripping of humanity’s cognitive-political agencies to transform given frames of reference. Paradoxically, what is often perceived as a form of techno-fetishist futurism is nothing but an unimaginative conservatism that celebrates the preservation of existing frames of reference. These existing frames are defended as if they are an immutable fact of nature, a world “naturally” oriented by nineteenth-century navigational frameworks, now augmented by twenty-first-century AI, smart cities, and iPhones. Implicit endorsements for dehumanization can be found in this destructive negation of these capacities. This is so, not because this endorsement traffics in images of machinic supremacy on the surface, as is often the point of critique, but because it amounts to a renunciation of the capacity to make claims on the artificial nature of humanity itself, a coexistential fictitious necessity for constructing markers of collective orientation. In the end, revelling in the chaotic perpetuation of navigational turbulences at the planetary scale is nothing more than an uninventive fossilization of status-quo fictions as given and permanent facts. At this juncture, it becomes evident that the struggle for orientation at nth-dimensionality coexistence demands intervention on this artificial plane, in order to dislodge naturalized conservatisms that are often disguised as blinking futurity.