The End of a World and its Pedagogies 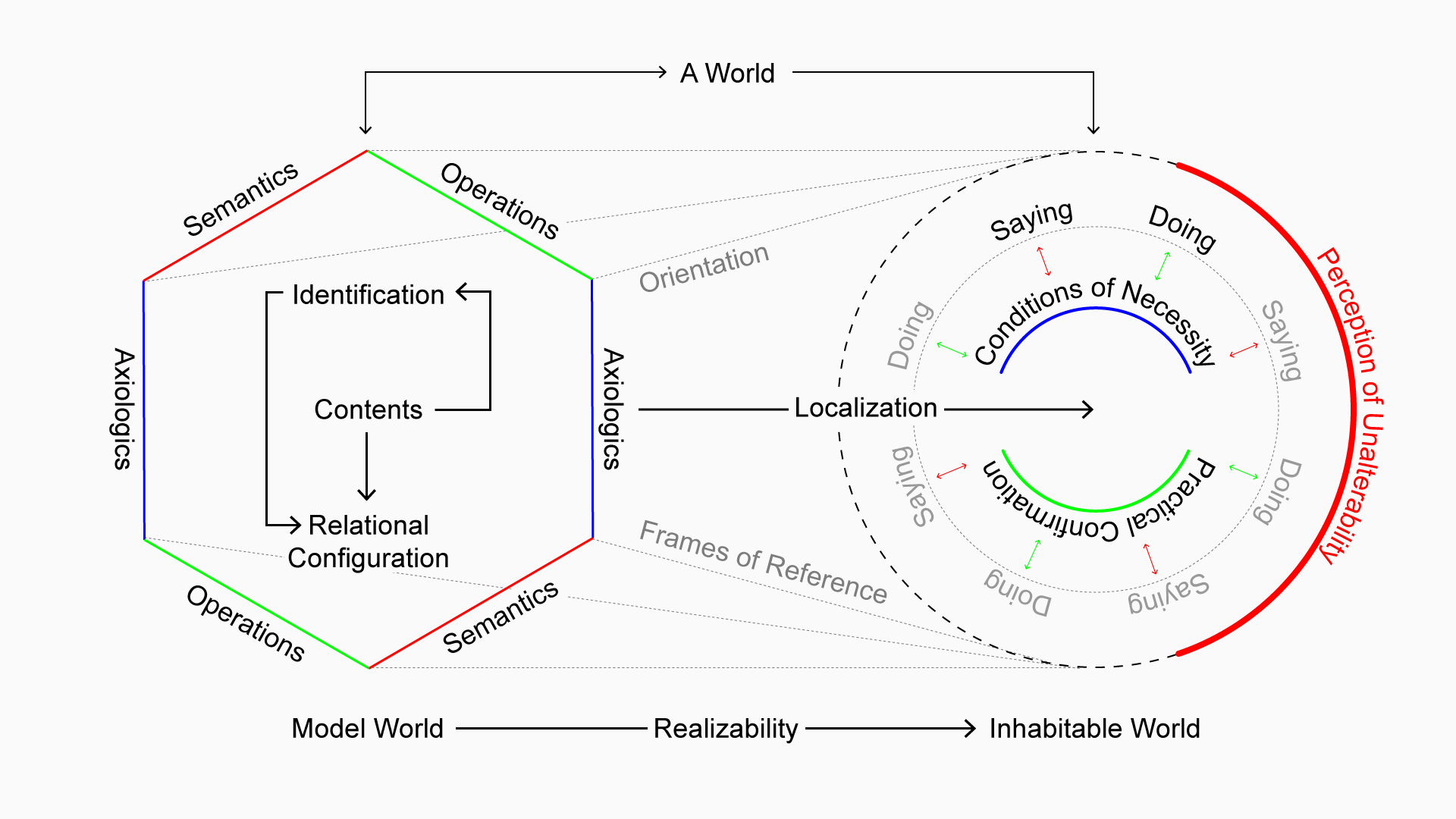 The turbulence of orientation that arrives with the end of a world (where given axioms no longer provide referential certainty), can be expressed as a recognition of the gap between theoretical and practical forms of knowing. Correspondingly, the intelligibility of the end of a world is constituted by the capacity to bear witness from the geography of this gap. Currently, this gap is constituted by the friction between Euromodern,7 globalizing practices (modes of concrete inhabitation), and the planetary (as a theoretical, explanatory model). We may know of the planetary, in so far as it can be named, but the practical, social ramifications of its sheer naming have yet to be coordinated or localized. In other words, the planetary has yet to be worlded. The discrepancy between globalized modes of inhabitation and a planetary (theoretical) condition can be succinctly captured in the following distinction: the difference between the making of a common world vs. the making of worlds in common. While the operations of globalization have been expansive, the conditions within which they have played out are driven by mono-dimensional tendencies: a single metric for the measure of value, one temporal model of futural betterment to gain admission into ‘world history’, the proliferation of agricultural monocultures, the human constrained by a ‘monohumanist’ behavioural template,8 a single privileged ‘geography of reason’,9 and so on. The making of a common world is coincident with ‘the entropic tendency towards the elimination of the diverse’,10 at which point the genre of ‘expansiveness’, which is constitutive of this common world, can be operationally understood as a systematic movement of making-small. While perhaps counter-intuitive, the making-small of a world is not a reference to the sheer scale of life activities constitutive of a global world, but rather to the narrow, monotone space of affordance for activity within it. The making-small of this world is predicated upon the construction of a uniform game-space, similar to that which Anna Longo has described in her account of the ‘Global Game’.11